Last year, we already presented to you the 15 anime that we were most looking forward to for the year 2021. We had a great time this year, as we expected, and now we want to be able to taste the grand cru of 2022. To make your mouth water, here are the 15 anime that we consider among the most anticipated of the coming year!

The story of Mob Psycho 100 follows Kageyama Shigeo, a fourth grader with psychic powers. The latter indeed manages to bend and lift any object with his mind. Kageyama Shigeo, however, avoids using his awesome powers in public. The one and only thing he desires is to become friends and declare himself to Tsubomi, a young girl from his high school. In the company of his mentor (who has no power), Mob will try to achieve his goal. The final season is awaited by all the fans to find out if he finally succeeds.

Combining historical characters and events with many fictional elements, Vinland Saga is the story of the life of a young Icelander, Thorfinn Thorsson. His father is assassinated by pirates, and driven by revenge, Thorfinn will follow and then integrate this band of pirates, with the declared desire to kill, during a fair duel, his father's assassin. Season 2 is eagerly awaited by all fans. 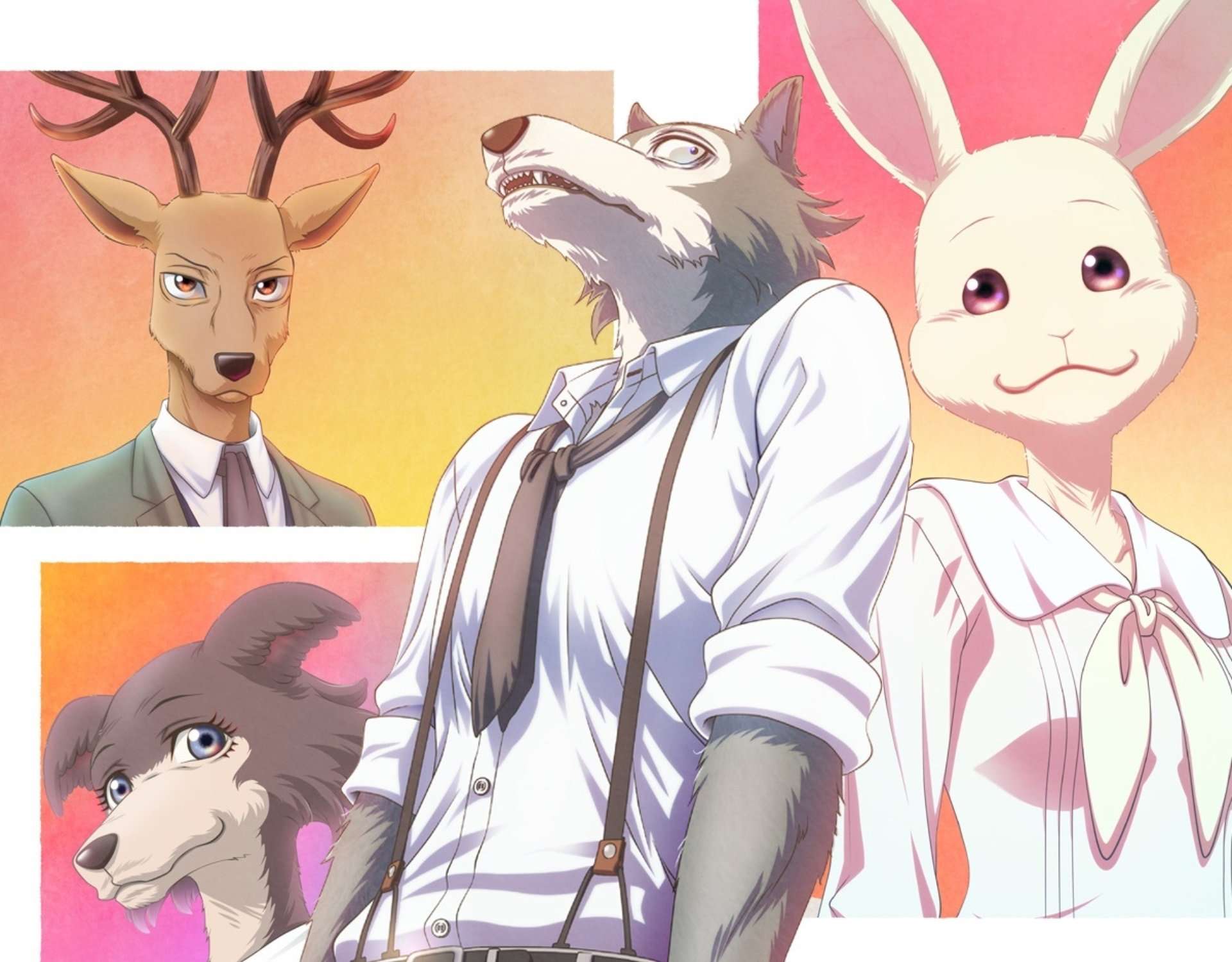 The story of Beastars takes place in a world populated by civilized anthropomorphic animals. But carnivores and herbivores have a hard time living with each other. In this series, we follow the character of Legoshi, a large gray wolf of a calm nature who evolves within the Cherryton Institute. Things take a turn for the worse, however, when Tem the alpaca is brutally murdered and eaten overnight. As herbivore mistrust of carnivores grows, Legoshi meets Haru, a small white dwarf rabbit, and begins to develop complex feelings for her. Season 3 should show us even more about the complexity of this relationship. 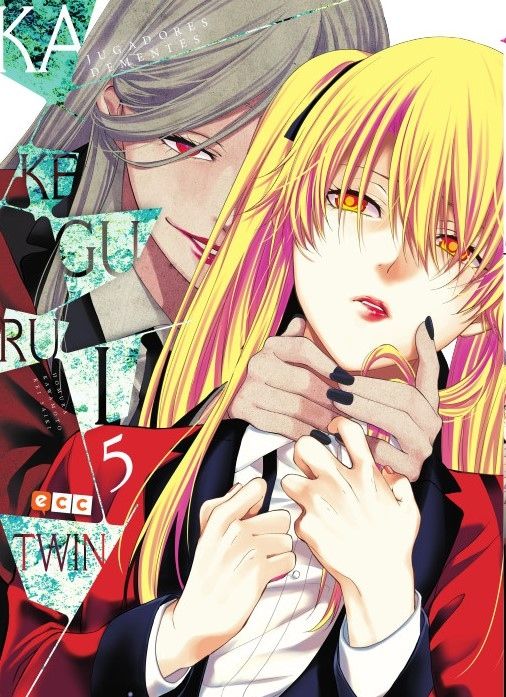 It is a prequel to Gambling School (Kakegurui). A year before Yumeko enters high school, the Hyakkao establishment welcomes an ambitious young scholarship student, Mary. She quickly becomes a target for her comrades. But her composure, her tenacity and her ambition will very quickly work in her favor, even if she derives no pleasure from the game.

Viewers will find the megalopolis of Night City in Cyberpunk: Edgerunners, with a completely different plot, just like the characters. We will be able to discover the 10 episodes of season 1 on Netflix in 2022, after Studio Trigger has finished animating it.

The story of Made In Abyss centers around an orphan named Rico, living in the town of Orse, located near "the Abyss". The latter contains artifacts and vestiges of an ancient civilization that has disappeared, and is therefore a popular place for "caverners", who must descend levels into the Abyss. Each of the levels is magnificent, and similar to the most beautiful works of science fiction. Fans of the first season are now waiting to find out what Legu, a funny humanoid robot, and Rico will have to face in the future in the Abyss.

The end of the My Hero Academia manga is looming, and season 6 is expected for the coming year!

A special episode of Dr. Stone will be released in 2022, while season 3 of the anime is expected in 2023. It will feature the character of Ryusui Nanami, who has the same goal as Senku, which is to establish a civilized world and save humanity. And for the rest, we won't tell you anything: it may well be that some of our readers want to discover the manga before getting spoilers.

Suzume no Tojimari will, we hope, follow in the line of Shinkai's masterpieces. With this next animated film, the Japanese director will indeed try to do as well as Your Name and Voyage to Agartha. Suzume no Tojimari, literally "The door to Suzume is closed" in French, will tell us about the adventures of Suzume, a 17-year-old girl who lives on the island of Kyushu. There she meets a young traveler looking for an ancestral door. Suzume will find the trace lost in a mountain, before discovering that the door is actually magic, and opens on several places in Japan. Beware, however, of whoever closes this door...

Uzumaki is the adaptation of the famous manga of the same name by Junji Ito. The latter is considered in Japan as one of the great masters of horror. The story takes place in the town of Kurouzu, where the main protagonist (Kirie Goshima) leads a simple and peaceful life. However, she will notice that something is wrong: indeed, spirals seem to have invaded the city, and its inhabitants are acting strangely. Little by little, the whole city sinks into madness, in a gloomy and macabre atmosphere. This horror anime, we are waiting to discover it with great impatience.

The Chainsaw Man anime will show us, like in the manga, bodies are suffering. Some characters indeed sacrifice parts of their bodies to make a pact with demons, and to take advantage of their powers. The world in which Denji and his friends evolve is a particularly dark one, in which despair drives men to monetize certain parts of their bodies. Thus, before becoming a demon, Denji had sold one of his eyes, along with other limbs.

A true living weapon, Denji's transformations allow him to slice his opponents, lacerate their flesh, resulting in real bloodshed. In addition, the question of sexuality is approached in a very frontal way. It will certainly be a disturbing anime, like the initial work, but which also aims to revolutionize certain codes of shonen.

If the trailer for the film Dragon Ball Super: Super Hero remains quite elusive, this latest tease nevertheless the arrival of a secret organization working in the shadows, taking a great interest in Son Goku, Vegeta and Boo. We look forward to learning more about this film in the months to come.

The story of the last arc of Bleach will place us in the heart of Soul Society, when the disappearance of several members of the Rukongai is noticed, at the same time as the elimination of many Hollows from the world of the living. Ichigo, on the other hand, will meet an Arrancar named "Ebern Asguiaro" who will try to steal his bankai. The story will also focus on Yamamoto, who will learn from a group of five masked Quincy from the Wandenreich that Soul Society will be destroyed in five days.

After a first official announcement last month, One Piece fans are now waiting to discover a real first trailer for the next One Piece: Red movie. The latter will be centered on the character of Shanks le Roux, who, according to our first information on the subject, would maintain a relationship (of what origin, we do not know) with a female character. The idea of a One Piece film on the character of Shanks in any case delights fans around the world.

1) THE FINAL SEASON OF ATTACK ON TITANS

The final episodes of Attack on Titan are awaited by fans around the world, after the manga has delivered its final verdict. In the trailer above, you can find the first images of the fight teased at the end of part 1 of season 4. See you in just a few weeks to discover the fate reserved for Eren, Mikasa and Armin.

For your part, which anime are you most looking forward to discovering? Is it in this list? Do not hesitate to give us feedback via our comments section!